It all began when the soon to be jazz saxophonist Mathieu Najean heard a beautiful but strange melody escaping from the bathroom. There was this guy singing pretty loudly in the shower. “Where’s that music coming from?” asked Mathieu to the smiling hairy dude coming out of the steam…
This is how Pôl Seif, who had recently arrived in Brussels to study cinematography, introduced his housemate to one of his passions, singing Mediterranean songs.
By the end of 2010, round a warm dinner table; they had started jamming regularly: Pôl, Mathieu and another friend from their cinema school, Paul Gautier. Two French guitarists and a Lebanese singer having fun without any clue of what was about to happen !
They soon met Frederic Safin (double bass) and Olivier Faber (percussions, trumpet, violin). Together they learned the Rrom anthem, some Lebanese lullabies, a few Greek hit songs. It all began to look like a real band… So they played in front of people and it felt good.
After a while the line-up was completed with Alexis Van Doosselaere (percussions) and Anthony Dupriez (guitar). It looked more and more like a real band but there was still something missing… A real band needs a proper name ! Which is hard to find… 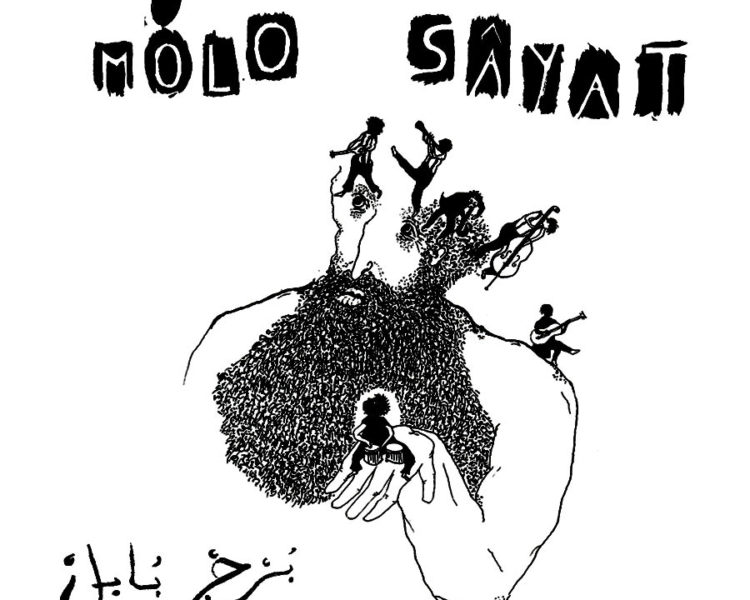 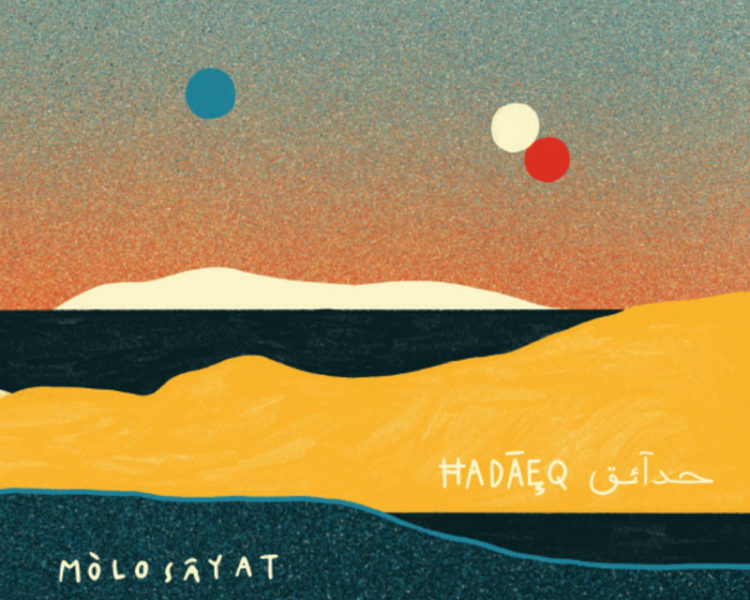 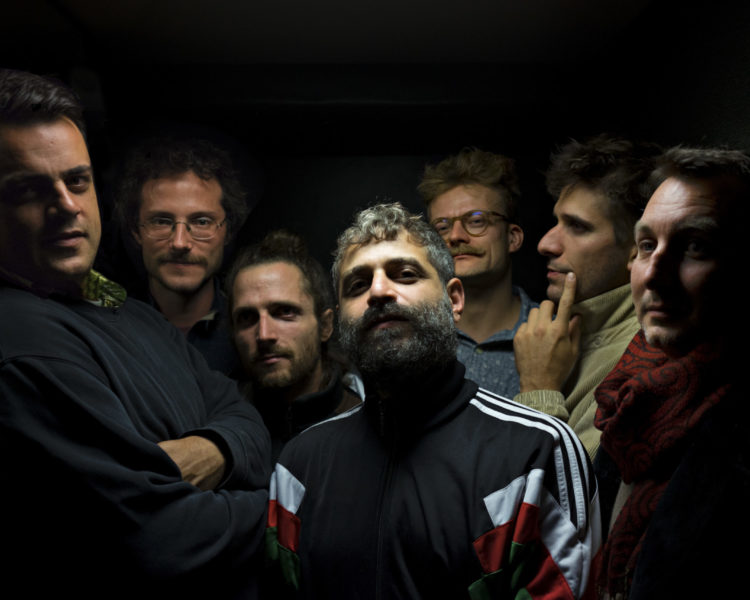 While musing about their identity, the ensemble re-arranged traditional Mediterranean songs that Pôl would propose… Greek, Italian, Gypsy, Lebanese and Egyptian songs. They added a large dose of swing, mixed genres and started shouting happily choruses in strange languages – what does it mean ?
Sometimes only Pôl knew but they played and sang anyway.
They played a lot. Everywhere they could! Fred had to learn to carry his double bass on his shoulders, in crowded pubs and streets, sometimes at arms’ length without dropping it on someone’s head.
Once again it looked more and more like a proper band even if as a “drumkit” Alexis simply gathered everything he found around him that he could hit and tap.
Suddenly, after a few ridiculous attempts, the definitive name of the band appeared. Mòlo Sâyat. The combination of a private joke and the fantasized heritage of the ancient and romantic minstrels, incarnated by Sayat Nova, 18th century Armenian poet and musician. Mòlo Sâyat is a mysterious name, with multiples meanings and very important and absurd accents!

For two years the band played and toured in Belgium, France and Spain. They recorded a self-produced album called Burj Babil (2012), with a mixture of compositions and traditional songs. After the album recording and several tours throughout Europe, the family got bigger with the arrival of Martin Bolton (clarinet) and together they crossed the Atlantic Ocean in 2013 to tour for a month in Quebec, Canada, where two members of the band went to live for a while.

A “tour” for Mòlo Sâyat means only one thing: playing music. So they play, in all sorts of venues and pubs, restaurants and in the streets, village squares, abandoned places, festivals, camping sites, occupied spaces, live on the radio or in their truck, and even in an off season hockey stadium. No matter if there is
only bartenders listening, or if a tendinitis is on its way… The band played and often was even its own opening act playing a jazz repertoire !

Mólo Sâyat stayed in Western Europe in 2014 to share their music in France, Switzerland and Italy, and from that year onwards the Molo family started to jump in the blue truck called Archibald and hit the road with other very good friends.

The “Mòlo’s” had to take a break in 2015 due to the lead singer’s difficulties remaining a legal resident in Belgium but 2017 was the year of movement and experiences, after a trip in Lebanon, Anthony started to play the buzuq and Paul began to play the oud in order to dive deeper into the modal and Arabic music. The addition of these two instruments opened new horizons for Mòlo Sâyat and its repertoire.

After these changes, travels, comings and goings, the Molo family decided to reunite the original line up in Lebanon where they worked together for ten days in April 2019. This is where the idea to record a second album and relaunch the band came to life, and felt important to all the members. This led to the recording of the last album ĦADÃEQ, recorded in 2020 and released in 2021 with Zephyrus Records as label. The friends who started the band never imagined that they were embarking on such an intense journey, and that music and Mòlo Sâyat would take up so much space in their lives.

And the story goes on…

WE’LL KEEP YOU IN THE LOOP